Do Zombies Matter? Uh, Not So Much. 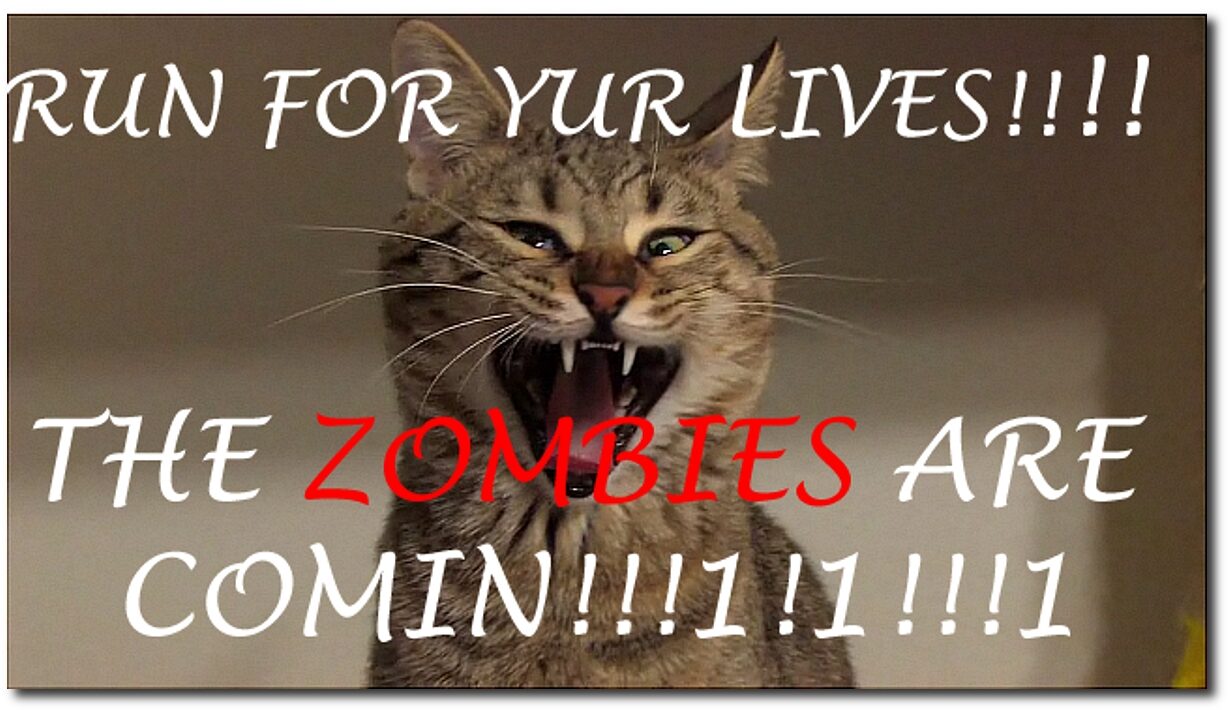 In his Moore to the Point blog, Russell D. Moore suggests an analogy between currently popular zombies and spiritually dead humankind in general: http://www.russellmoore.com/2012/10/31/why-zombies-matter/. Though I find this analogy superficially appealing, closer reflection suggests it doesn’t really work. I offered some comments to that effect on Moore’s post, which comments I reproduce below. If you have thoughts on my remarks (and want me to know about them), please comment here rather than on Moore’s post.

For purposes of sermon illustrations, these sorts of pop culture analogies can be effective and worthwhile. As well, the ability to create them can provide much-needed justification (or rationalization) for our spending time viewing such disposable secular entertainment as The Walking Dead (http://j.mp/DeadAfoot). These analogies often don’t hold up well under sustained analysis, however.

It should first be noted that Moore’s article goes astray early by committing the zombie-analysis equivalent of the etymological fallacy that plagues much popular Bible teaching. The apparent first use of zombie stories as a metaphor for slavery in the Caribbean context really has no relevance to the analysis of contemporary zombie movies and television, where the context and intent is entirely different. (As I have not read any zombie literature, I will exclude consideration of such from my remarks.) If Moore wonders why one commenter (Oakspar) seems a bit irked, this is likely the reason.

With reference to contemporary zombie films and television, Moore’s analysis seems at best strained, depending on the idea that viewers empathize or in some way identify with the zombies: “maybe our culture pays attention to zombies because we know what it is like to be dead inside, but unable to find peace, unable to stop walking.” The invariable dynamic of these productions, however, has viewers identifying solely with the non-zombie, very-much-alive and desperate-to-stay-so humans trying to survive the zombie menace. Whereas Scripture portrays humans as spiritually dead from conception until regenerated by sovereign grace, zombie films portray humans as alive and free until and unless zombified. That The Walking Dead has made even the living carriers of the zombifying infection does not seem to change this dynamic. Zombies in that series, as in any other contemporary zombie cinema I’ve viewed, are an insensate destructive force like plague or cancer, emphatically not people-like-you-and-me.

If I had to guess at the real reason that contemporary zombie productions appeal to people, I would say their appeal owes to the ubiquitous human fear of physical death. Zombies are the ever-present, always-spreading reality of inevitable physical death, something always threatening to kill even the youngest and healthiest among us should we get careless or find ourselves “in the wrong place at the wrong time.” Viewing them as pre-regenerate persons awaiting salvation seems intolerably strained, though by all means feel free to continue treating them as such if you find these walking dead liven up your sermons.