Abortion: Dialog Concerning “Preserve the Life of the Mother” Exception 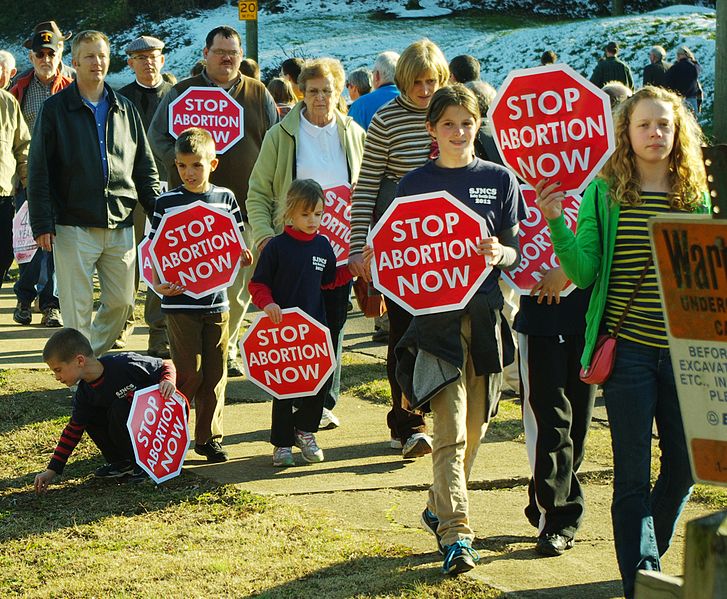 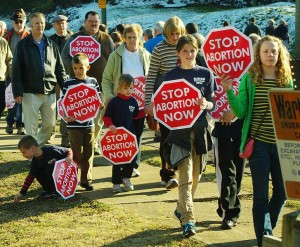 Alas, I remain incapable of achieving extremest-of-the-extreme status. Compared to blogger Justin Edwards (a man likely more pious than myself), even my cherished pro-life convictions seem moderate. Edwards proposes a ban on abortion without even a self-defense (preserve the life of the mother) exception. In response to this proposal, I posted the comments below. (I’ve changed the URL in this version, since the original uses a customized domain that may no longer be valid. I’ve also moved the link.)

I found my way here from your abridged petition on whitehouse.gov. Your remarks above [that this, in his blog post, not reproduced here] suggest no complexity or uncertainty in any case of “abortion,” so that even a “self-defense” exception is ruled out. I have in mind two hypothetical (but quite possible) cases of self-defense “abortion”; perhaps you could comment on them.

One such case would ostensibly involve a long shot attempt at premature delivery, but would be virtually guaranteed to yield the same results as abortion. The case I have in mind is one where a pregnant woman is certain or very likely to die if she brings a child to term, or just delays attempted delivery to some point later in pregnancy when her child’s survival would be more likely. Would you outlaw such self-defense pre-viability “delivery,” abortion in all but name, or leave it legal?

A second self-defense case would involve a woman who, because unable to get to a physician earlier in pregnancy (having been held by a kidnapper whose child she is carrying, for instance), has reached a point where failure to have an actual abortion (in name as well as in effect) will result in her certain or very probable death. Would you outlaw such self-defense abortion, or keep it legal?

I’m glad to see you calling attention to Obama’s hypocrisy on this issue, and I agree that calls for “rape and incest” exceptions are inconsistent with the pro-life belief that the preborn are persons. I’m not comfortable giving up the self-defense exception, however, rare though situations to which it applies might be.

Edwards responded, thanking me for my comments and saying he believed that one of his older posts would “adequately answer [my] question.” The older post left me unsatisfied, however, so I posted the comments below. (I have here corrected a typo in my comment post; I there close with a reference to “you petition” instead of “your petition.” I have also replaced my use there of “pre-born” with “preborn”, since dictionaries indicate this is acceptable)

Thank you for the response, Justin.

The older post you link to would seem to answer that you would not consider my first hypothetical “abortion,” and so would not outlaw it, since it would only qualify as a “risk” to the life of the preborn child in the attempt to preserve the mother’s life. The point of the hypothetical, however, was that in some cases the level of “risk” could rise to the point of near-certain-death of the preborn child. In such a case, would you leave the “risk” legal, or outlaw it as abortion-in-all-but-name? If you would leave it legal, would you place any limit on permissible risk to the preborn child? If so, what would that limit be?

Given the long history of death of women during pregnancy and during the birth process, it’s hard for me to believe anyone is claiming that every woman capable of getting pregnant is necessarily capable of carrying her child to viability without endangering her life. If medical science has indeed advanced to the point where a baby may be delivered early enough in pregnancy to preserve the life of every mother regardless of health issues, then I’m surprised but pleased to learn so.

I don’t believe your response or the older post you link to (or the “keep abortion illegal in Ireland” video you’ve embedded in the older post) addresses my second hypothetical. Admittedly, it would only apply if a woman were somehow very likely or certain to die in any delivery attempt, whether normally (at term or induced prematurely) or by Caesarean section, but I do not have the medical expertise to be comfortable claiming “that could never happen.”

The self-defense exception I’m unwilling to give up would only apply if there really were a case of self-defense; if no real case ever involved self-defense, then the exception could never be invoked. I would still want the exception specified in the law “just in case.” Since you rule that out, I’m unable to sign your petition, though I mostly agree with your perspective.

Edwards was not convinced by this, identifying arguments in favor of a “self-defense” exception as “propaganda,” though he was careful to note he was not accusing me of propagandizing. Though I remain unwilling to support an abortion ban that does not make allowances for my hypotheticals, I decided to let Edwards’ polite response conclude the dialog.