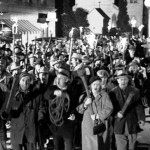 Anyone who knows me knows my conviction that contemporary Americans feel too much and think too little. Lack of “impulse control” isn’t just for the “poorly socialized” anymore; it’s a culture-wide phenomenon. Emotionally charged, cognitively vacuous rants and shout-downs have replaced calm, controlled, rational discussion in many (most?) venues. This trend especially prevails where topics that have always been emotionally charged are concerned. One such topic is rape. As a couple news stories, one recent and one less recent, have shown, any suggestion that the range of crimes legally classed “rape” may call for more than a “rape is rape” raised-fist chant leads to shouting, condemnation, and lots of anger, but to little if any productive discussion. Instead of calm efforts to educate those who err (so that their opinions might change), we have loud emotional mobs forcing those who err to recant (so that their opinions, though unchanged, are kept private).

In case you haven’t guessed, the news stories I have in mind are those where the locutions “older than her chronological age” (more recent) and “legitimate rape” (less recent) figure prominently. Before the discussion of such “legitimate rape” remarks (Candidate Akin) and of an astoundingly light sentence joined to such “older than her chronological age” remarks about a victim (Judge Baugh) can progress, the reflexive impulse to simply drown out and condemn such remarks/sentences with the “rape is rape” mantra must be overcome. (Note: For sake of this analysis, I’ve assumed the rape Judge Baugh ruled and commented on was purely a matter of the victim being below the legal age of consent. This is the only way to explain Baugh’s belief that the girl’s maturity for her age could be relevant. In fact, however, the popular news coverage I’ve reviewed never specifically states this.) As reflected in our laws, most of us have determined that individuals typically achieve the mental-emotional maturity necessary to consent to sex some years after entrance into sexual maturity (puberty). (Few who recall their own puberty should doubt the correctness of this determination.) By Scripture’s standards, of course, consent to sex that is not preceded by consent to marriage is never legitimate; in fact, so far as God is concerned, one should probably be counted married to the first person with whom one has sex (“one flesh” is “one flesh”; consider 1 Corinthians 6:16). (The first person of the opposite sex, that is. Sadly, this point must now be emphasized. Though marriage to someone of the same sex is impossible, it is now both possible and legal to say one is married to someone of the same sex, and to receive government and other benefits as though one were.) This analysis’ focus, however, is American law, not Scripture’s standards. Though American law (and all law in the “Christian West”) has doubtless drawn upon principles found in Scripture, these laws about legal age of consent certainly make no attempt to enforce Scripture’s standards. The question about why our laws are and should be as they are cannot, therefore, be found in Scripture.

In terms of our laws, the range of rape possibilities include at least three: (1) an adult has sex with someone who has not reached sexual maturity (is prepubescent), whether using actual physical force or achieving fake and impossible “consent” through intimidation or manipulation; (2) an adult has “consensual” sex with someone who has reached sexual maturity but has not reached the legal age of consent, or who is for some other reason incapable of giving legally valid consent (unintentionally drunk or drugged, developmentally disabled, etc.); (3) an adult forcibly rapes a sexually mature person. No person with any moral sense at all has any difficulty identifying (1) and (3) as profoundly evil acts of rape deserving the severest punishment. (For my part, I would like to see both subject to the death penalty.) Though the case with drunk and drugged partners can be complex, since someone who voluntarily imbibes alcohol or drugs seems thereby to consent to (accept responsibility for) whatever happens as a result, it is clear that if someone is given alcohol or drugs without his or her consent (added secretly to food or drink by a would-be rapist, for example), we are dealing with a variant of (3) deserving equivalent punishment.

(2) is the variant that gives some people trouble (Akin, Baugh). (Note that I’ve included the case where someone is “unintentionally drunk or drugged” here. This does not refer to a situation where a would-be rapist secretly gives drugs or alcohol to a potential victim, which I include in (3). Rather, this situation is one where someone drinks or takes a drug voluntarily, but with the specific intention of not taking in enough of the substance to “lose control.” Obviously, one can’t apply this distinction if both partners are in the same inebriated state, but there are cases where person 1 “gets [person 2] drunk” with the specific goal of then engaging person 2 in an act person 2 would not have consented to had he or she not misjudged his or her alcohol or drug tolerance. All very complex and convoluted, yes, but it still seems that when a sober or lightly inebriated person 1 has sex with very inebriated person 2, person 1 should be punished.) Simply saying “rape is rape” and ranting indignantly about “legitimate rape” and “older than her chronological age” remarks may satisfy one emotionally, but it does nothing to correct the thinking that produces such remarks.

What is needed is more discussion of why not everyone who has reached sexual maturity has the right or ability to consent to sex with an adult, and of why we deem a given chronological age the point in normal development at which ability to consent can safely be assumed and so right to consent recognized. (Situations involving sex between persons both below the legal age of consent are not in view here, though obviously large differences in age or maturity could produce punishment-worthy offenses in such situations.) Granted that adults who have “consensual” sex with sexually mature persons below the age of consent should be punished, how severely should they be punished? I have noted my willingness to execute persons guilty of rape types (1) and (3); executing someone guilty of rape type (2), in contrast, strikes me as extreme. “Rape is rape” is not a satisfactory answer here; additional discussion is needed. Absent such discussion, confusion like that manifested by Akin and Baugh will continue and, as our society continues its aggressive sexualization of younger and younger persons, grow more prevalent.