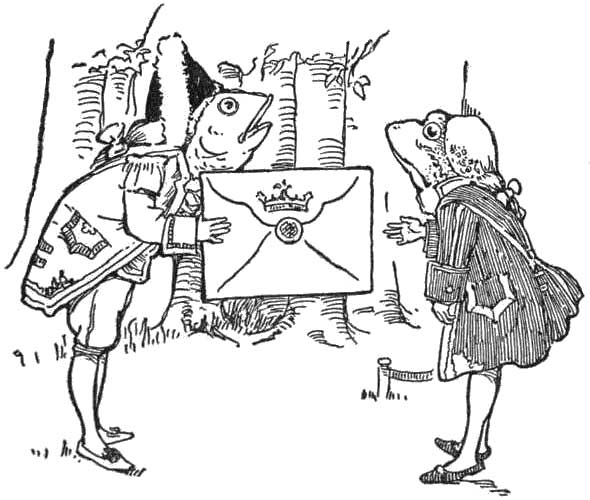 Not long ago, lack of reliable funding for automobile fuel had me visiting some churches a little closer to home than the one of which I’m officially a member. It also had me wishing that active involvement in a local church were not required by Scripture—but, then, my preference for solitude (or at least social anxiety) has always made “forsaking the assembling” (Hebrews 10:25) an especially appealing sin.

One church I visited, two miles closer to home and with a “transportation [van] ministry,” appealingly mentioned its use of the Authorized Version in its doctrinal statement. (Admittedly, one too-distant church more appealingly specifies the underlying Masoretic and Textus Receptus, mentioning the Authorized English only secondarily, but one cannot have everything.) Though the textual issue is very far from central for me (doctrinal redundancy makes Scripture pretty fault tolerant), it does matter somewhat, so I’m always glad to find a church where my views on the issue don’t make me feel out of place. (Of course, if I’m honest, I have to admit that I’m unlikely ever to feel other than “an alien, a stranger in an alien place” anywhere. At least, nothing in my experience so far suggests I will ever feel “in place” any place; so, whether I feel in place or out of place probably shouldn’t figure much in my church selection.)

In any case, after visiting this church, I sent a letter to the pastor. I’ve reproduced that letter below. Concerning John MacArthur‘s “Twin Truths: God’s Sovereignty and Man’s Responsibility” sermon, a copy of which I included with my letter, I should note that, though I agree with MacArthur that none of the resolutions so far proposed (at least, none I’ve studied) of the tension between these “Twin Truths” is wholly satisfactory, I am uncomfortable with MacArthur’s suggestion (if I do not misconstrue his remarks) that a human-understandable resolution of the tension cannot be hoped for and should not be sought. Problems in other disciplines, such as the sciences, have often seemed insoluble for very long periods…until an unforeseen solution, often wholly unlike prior proposals, occurred to someone. Dealing with the things of God does make permanently insoluble problems possible, of course: God may simply not have revealed enough information for us to comfortable harmonize these “Twin Truths.” But this possibility should not end efforts to achieve such a harmonization, so long as those efforts are humbly pious and do not mishandle Scripture.

All that said, the letter:

Thank you for welcoming me as a visitor the Sunday before Christmas. Thank you also for the “Please let us know how we can serve you” thank you note. I meant to write to you well before now, but the cold/flu season interfered.

Though not an ideal match for my staid, analytical temperament, your high-energy, repeat-after-me, coach’s-pep-talk preaching style did make you memorable. Do you also work as an athletic coach or motivational speaker, by any chance? There was one remark in your sermon that I thought possibly erroneous, however, so I thought I’d drop you a note about it.

As you worked into your sermon, you stated that, even though “not everyone will be saved,” it is still the case that God “wants everyone to be saved,” offering in support Scripture’s statement that “The Lord is…not willing that any should perish, but that all should come to repentance” (2 Peter 3:9). I hear this verse cited often to prove that God “wants” every individual human to be saved; I think I used it that way myself years ago. However, I’m not sure the context permits this usage. The full verse reads, “The Lord is not slack concerning his promise, as some men count slackness; but is longsuffering to us-ward, not willing that any [any of us, as the us-ward makes clear] should perish, but that all [of us, as the us-ward still makes clear] should come to repentance” (2 Peter 3:9, emphasis added). The first verse of the epistle makes it clear that the the “us” in view here must be, not all humans generally, but believers: “Simon Peter, a servant and an apostle of Jesus Christ, to them that have obtained like precious faith with us through the righteousness of God and our Saviour Jesus Christ” (2 Peter 1:1, emphasis added). The point seems to be that God delays judgment so that his people can repent, such as by turning away from prevalent false teachings (John 6:39 seems a relevant cross-reference). What God “wants” for persons who will never be saved cannot be determined from 2 Peter 3:9, since this verse has nothing to do with such persons.

Also, related to this, since Scripture says that God “worketh all things after the counsel of his own will” (Ephesians 1:11), I’m actually uncomfortable saying God “wants” anything that ultimately doesn’t happen. I would never tell anyone, “God doesn’t want you saved,” of course, but saying “God wants everyone saved” when in fact not everyone will be saved doesn’t seem compatible with God’s description of himself as “Declaring the end from the beginning, and from ancient times the things that are not yet done, saying, My counsel shall stand, and I will do all my pleasure” (Isaiah 46:10).

Anyway, thank you for your time. Enclosed please find a related audio sermon I listened to recently, John MacArthur’s “Twin Truths: God’s Sovereignty and Man’s Responsibility.” Though I cringe whenever MacArthur says something related to textual criticism (his views there are typically mainstream, so favor the critical rather than Received text), he makes such remarks infrequently (none that I recall in this sermon), and I’ve found much of his preaching of great benefit. [My identification of MacArthur’s views as “typically mainstream” is based in part on text critical remarks he makes in his 1969-70 sermons on John.] Yes, he’s a “Calvinist,” and I realize this label prompts reflex opposition in some quarters, but you might find it interesting even if you happen to be one of those knee-jerk anti-Calvinists.

(Aside: As it happens, my favorite defender of the Received text, the late Edward Freer Hills, also happens to have been a Calvinist. The Trinitarian Bible Society, another Received text defender I favor, is also of Reformed/Calvinist persuasion, I believe.)

As for how you “can serve” me, I welcome job leads. To learn about my qualifications and interests, please connect with me on LinkedIn (contact card enclosed).