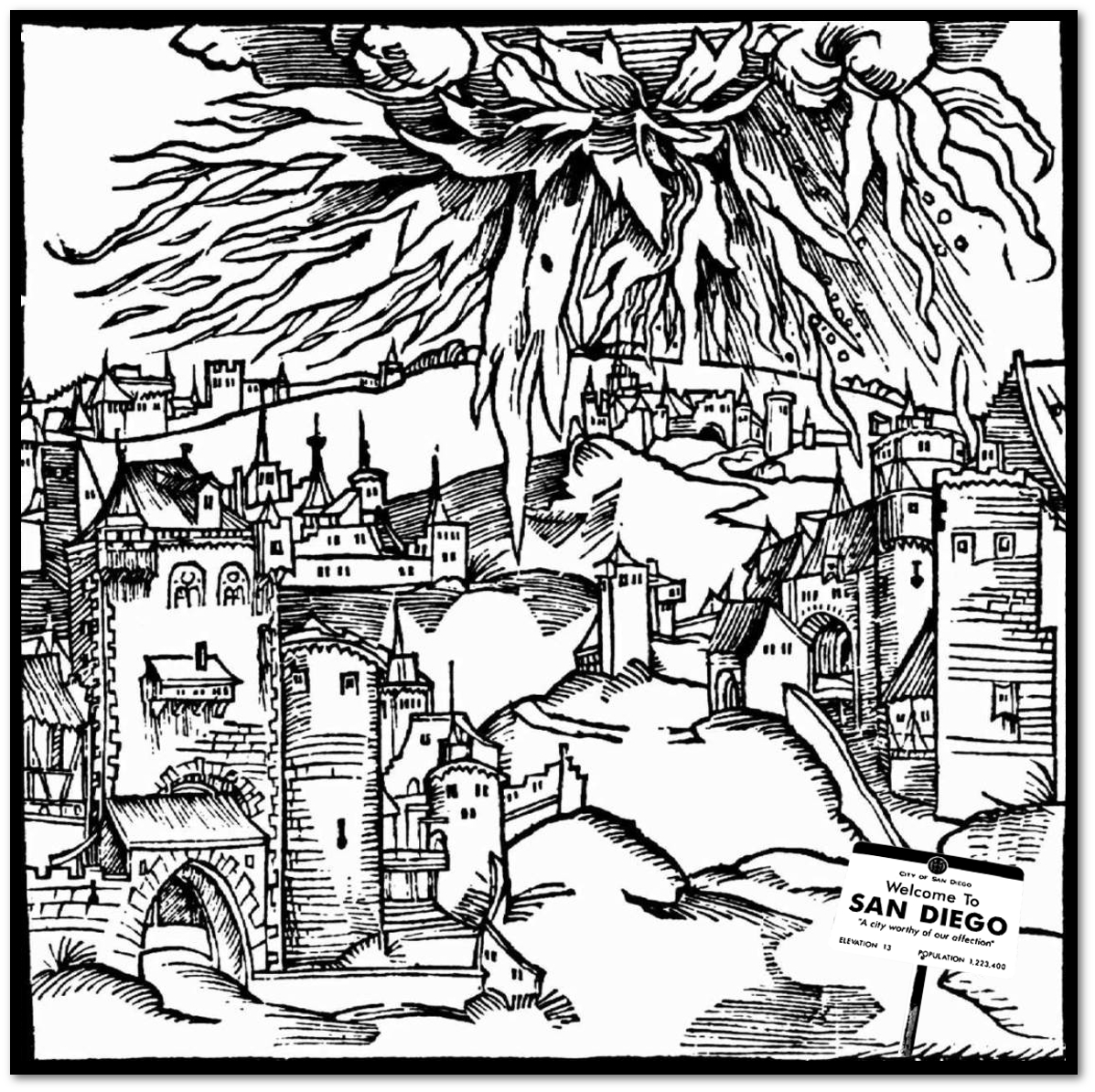 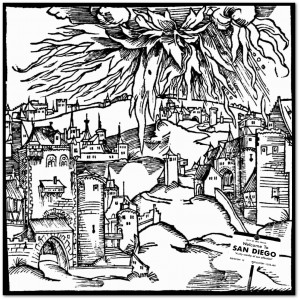 Well, I’ve been able to disprove the theory that my prior, somewhat-related letter only failed to make it into print because of U-T San Diego’s word limit (see also the follow-up letter I opted not to send). I disproved the theory by writing a very short letter that U-T staff could easily have used for filler, which I forwarded to them by email back in July. Here it is:

Interesting that a single issue of your paper reports on both the passing of Dr. Ronald Youngblood, important contributor to today’s best-selling version of the source book of Christian morals (“‘Great Scholar’ Worked on NIV [New International Version] Bible Translation,” 07/20/14, A38), and on San Diegans’ (even leading Republicans’ [*]) official rejection of those morals where homosexual activity is concerned (“Reflecting on 40 years of Pride,” A3). [* The Republican candidate for Governor and San Diego’s Republican Mayor both appeared in this year’s celebration of homosexuality, more commonly called the “Gay Pride Parade.”] Were we now in the original Sodom, doubtless description of Lot’s escape into Zoar (Genesis 19:23) would stand where now stands the story of Dr. Youngblood’s escape into glory.

Thank you for your time,

It is true, of course, that I have never been a fan of the NIV, since it is impossible for me to be a “fan” of any Bible not based upon those texts God preserved in the usage of his people (Old and New Testament Received texts).[1] (English Bibles, of course, seldom diverge from the Old Testament Received text; it is from the Received New Testament text that they diverge frequently.) Though some remarks he made in an email to me (back when I was a student at the seminary where he, as professor emeritus, sometimes taught) suggest to me I might not be a fan of every aspect of his reading of Genesis (he did not believe the parallel between Exodus 20:8–11 and Genesis 2:3 requires one to understand the days of creation as days of ordinary length[2]), I do cheer his statement that “the Bible categorically rules out the possibility of evolution on the grand scale overwhelmingly claimed for it by its supporters. Plants and animals alike were to reproduce only in categories called ‘kinds’”[3] As well, in my limited interaction with him (in and after a course he taught on the Dead Sea Scrolls), I always found him friendly and helpful and could never have doubted his true Christian faith. My observations here, in addition to their modest contribution to the Culture War, serve as my personal memorial tribute to the man.

[1] Most advocates of the received or traditional texts (most I know about, anyway; all I know about, in fact) also strongly oppose any translation that is less “literal” than absolutely necessary. This makes them dislike the NIV more than, say, the English Standard Version (ESV), since the NIV attempts a middle path between formally equivalent (“literal”) and dynamically equivalent (“interpretive”) translation. While I confess to a certain discomfort when translators who are not pastor-teachers engage in any more interpretation than necessary, the reality of translation is that it is inescapably interpretive. Given this, I wouldn’t necessarily object to having a range of translation methodologies applied to creation of Received Texts-based English Bibles. NIV—Received Texts EditionTM, where are you?

[2] I remain nonplussed by the widespread refusal of contemporary Christians (both scholars and laity) to grant this implication. Sufficiently creative and intelligent people are, of course, never forced to interpret any document in a given way. (I myself can imagine alternative readings that “feel” quite plausible and that, given time and effort, I’m sure I could persuade myself to believe.) Those who would humble themselves before God and his infallible book, however, must rein in their clever, imaginative minds in this case, it seems to me. If the original recipients of Exodus would naturally have seen and accepted this implication, as contemporary Christians rejecting it have (in conversations with me) granted would have been the case (could any honest person claim otherwise?), and if God could not have been intentionally deceiving the original recipients (Numbers 23:19, Deuteronomy 32:4, Hebrews 6:18), are we today not obligated to accept the same implication? Christians who fear embarrassment or ridicule, or who are so weak in faith as to fear Scripture will be disproved by “science,” will doubtless continue rejecting what no amount of complex and convoluted argumentation and speculation will make less obvious. I hope, however, that at least some Bible-believers will instead trust God and his clear, incapable-of-error written Word.

[3] Ronald F. Youngblood, The Book of Genesis: An Introductory Commentary, 2 ed. [Grand Rapids: Baker, 1991], 28–9). As I’ve noted previously, careful creationist thinkers have begun abandoning reference to such changes as really do occur in nature as any sort of “evolution.” The older, and still prevalent, usage, which Youngblood’s remarks might have in mind, spoke of permissible change-within-kind as “microevolution” and of impermissible change-beyond-kind as “macroevolution.” Of course, as I noted some while back, proof that change across kinds (“macroevolution” in the old usage; “evolution” in the new) could occur today wouldn’t change what Scripture says concerning the pre-Fall order. Even if available evidence did not suggest that cross-kind variation remains impossible (as Scripture itself implies), Youngblood’s observation (perhaps suitably revised to reflect the new usage) would remain applicable to the original created order, thus ruling out simultaneous belief in evolution (“macroevolution“) and Genesis.