Constitution or Libertarian Party: Which for the Pious? 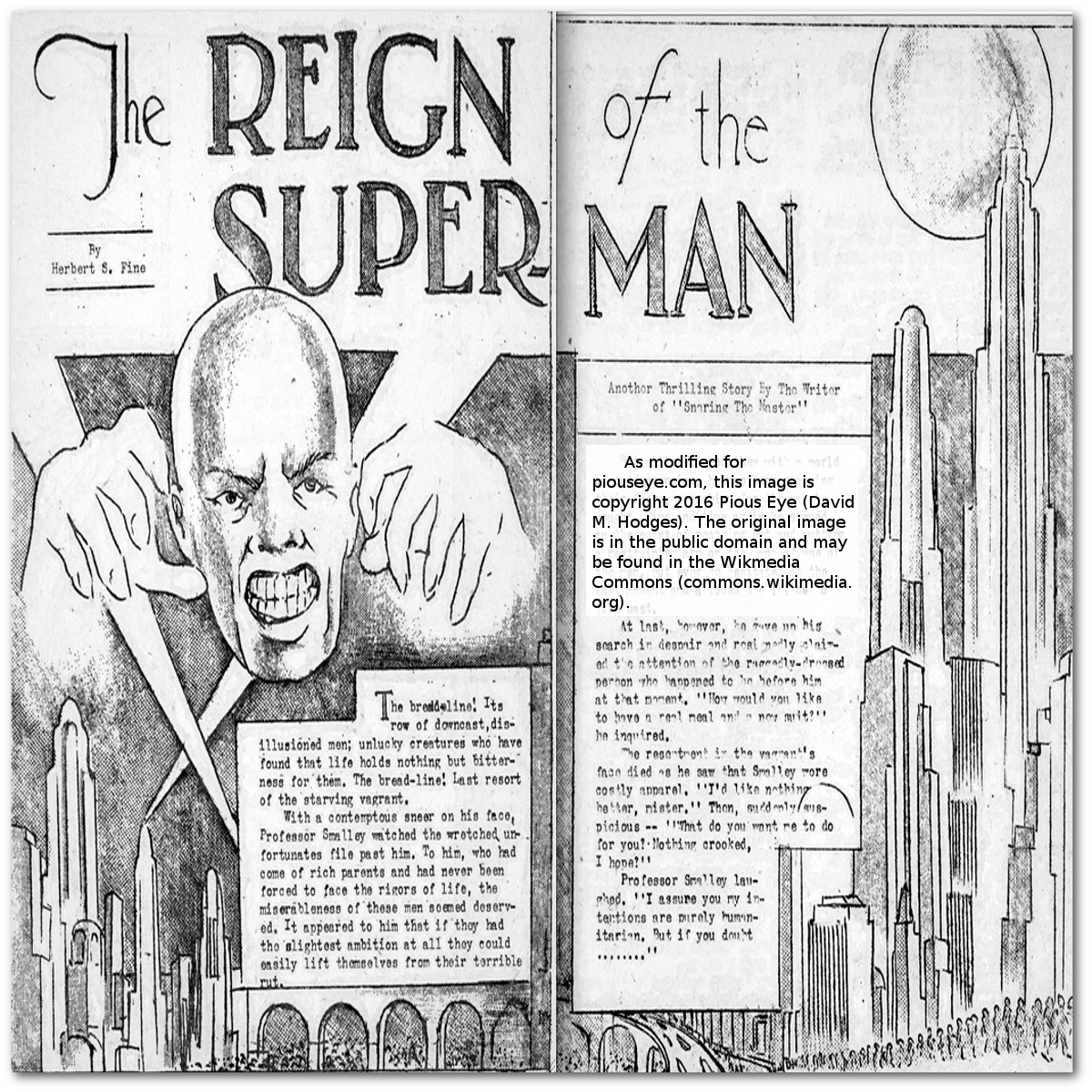 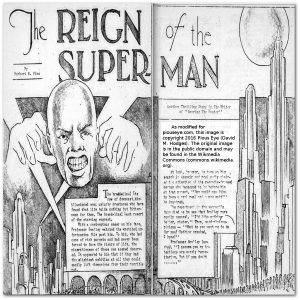 I should note upfront that I am not an official representative of the Constitution Party. Nor have I run my ideas by any official representatives of that party. My reasons for preferring this party over the Libertarian Party are entirely my own. Partisans of either party who find my perspective inaccurate or unfair may certainly feel free to correct me—provided they can do so in a civil, constructive fashion, of course.

That said….Those who follow my Twitter tweets (to put this another way: Hi, Mom) know that I long ago ruled out voting for Donald Trump, and that I have, since the exit of Trump’s last opponent from the Republican Party’s presidential-nomination race, decided I cannot in good conscience remain registered with the party of Trump. These tweet-followers will also know that I’ve chosen to endorse the Constitution Party, a party that has not yet qualified to be placed on ballots in my state (California). Why this party rather than the ballot-qualified Libertarian Party? (In case anyone wonders why I chose not to register with my state’s ballot-qualified American Independent Party, I note that this party’s historical association with George Wallace makes it impossible for me to join. Though the party today is not what it was in the days of George Wallace, and though the party more recently chose Alan Keyes[1] as its candidate, its retention of the name that George Wallace made infamous just doesn’t work for me. Were it to re-ally with the Constitution Party and adopt the latter’s name, I’d be much more open.)

A lot of people (plain old American citizens, not pundits) discussing the 2016 election online seem not to see the Constitutional and Libertarian parties and their candidates as sufficiently different to merit choosing one over the other. Based on this perception, most of them decide to support the Libertarian Party since, after all, it is the third-largest political party in the United States. I, alas, can’t go along with this.

Both the Libertarian Party and the Constitution Party say they believe in natural rights. That is, both parties hold that individuals have their rights by nature, in virtue of being human and so possessing human natures (as dogs possess dog natures and rocks possess rock natures). Libertarians, however, want to ground natural rights in a you-own-yourself philosophy that is neutral as to God’s existence and, should he exist, to his nature. (Though this neutral philosophy would allow for God, if God exists, to be a “she” or an “it,” I choose to retain the traditional use of “he” as both the specifically masculine third-person singular and as the third-person-singular generic. I reject both the painful-to-read “he or she” and the illogical “a person should watch their language,” as well as all variations on their shared theme. I realize this approach is not politically correct or “gender sensitive,” but that’s not the only reason I choose not to follow the sheep…er, I mean the masses, in this case. Style and sense are also factors.) One can embrace the Libertarian Party as an atheist and feel perfectly at home.

I, in contrast, believe in agreement with the Constitution Party, see the origin of individual rights in “Nature [as God designed it] and…Nature’s God” (Declaration of Independence) as key. God-designed nature is the ground and guide to individual human rights. One cannot, therefore, have a “right” to something that is against God and nature. For instance, since God’s design of nature allows a one-flesh procreative bond only between opposite-sex members of any species, homosexual “marriage” is a nonsense concept and cannot be something one has a right to. The Libertarian Party, in contrast, has long supported legal “gay marriage,” as I saw confirmed in a debate not too long ago between leading candidates for the Libertarian Party’s presidential nomination. As I could never in good conscience associate myself with the Libertarian Party’s stance on this issue, I must choose the Constitution Party.

Because I hold, in a way I believe compatible with the Constitution Party, that rights are given to human individuals by God, specifically by the God revealed in Scripture, I also must reject the Libertarian Party’s position that “you own yourself.” (The “you own yourself” wording, which candidate John McAffee much emphasized in the not-too-long-ago debate I’ve already mentioned, appears as “self-ownership” in the heading of plank 1.1 in the party’s platform [accessed 18 May 2106]. This plank begins by noting that “Individuals own their bodies.” That the title and wording here might be construed to mean that one’s “self” is solely and completely one’s body, that materialism or physicalism is true, is an issue I won’t get into.) As creator of individuals and granter to them of rights, God owns all human individuals; they do not own themselves. The Libertarian Party’s position that individuals own themselves inevitably implies that they have a right, should they wish, to destroy themselves, since of course one has a right to dispose of one’s own property. (Hence, “A resounding 86 percent of Libertarian voters support medical aid in dying as an end-of-life option.” [Compassion and Choices, “Libertarians Overwhelmingly Support Medical Aid in Dying,” no date but cites a 2016 source, accessed 18 May 2016.) Based on Libertarian Party principles, voluntary suicide must be a right and should be legal, just as every wantonly self-destructive activity (not just high-risk activity pursued for some real or perceived benefit, but self-damaging activities with no potential upside) should be legal: You own yourself and can do with yourself what you like.

The God-owns-you perspective that I embrace has very different implications: God owns you and has made you his steward of yourself, granting you very broad sovereignty over yourself, permitting you to exercise your individual judgment in pursuit of those ends you judge best. You are free to do as you please in life, though you will have to answer for your choices to your owner at life’s end. Your are not, however, free to end your own life. You are free to risk your life for some benefit you consider worth the risk, but suicide is not a right and should not, must not be made legal. Here, then, is another point of contrast making me unable to join the Libertarian Party and requiring me to choose the Constitution Party instead.

To me, the idea that one can ground belief in natural rights in an atheistic or agnostic perspective is wishful nonsense. As the maybe-too-often quoted words of a Dostoevsky character (translated and perhaps paraphrased) put it, “if there is no God, then all things are permitted,” since, of course, there exists no being with the authority to tell anyone what is or isn’t permitted. And “all things” means all things, including imposition of one’s will upon another by force, whether the directly physical kind or the kind one uses government to effect. Murder, rape, slavery, you name it: if stronger parties want to make these things realities at the expense of weaker parties, there’s no higher authority to overrule them. That the weaker parties find these things atrocious or repulsive is irrelevant. There being no God, there can be no God-given rights; there being no God-given rights, there can be no rights at all; there being no rights at all, anything goes: if it feels good to you personally, and you have the power to make it happen, make it happen. You have no one to answer to; when you die you’re just gone; and no one is ever going to make you pay. Be the Übermensch you’ve always known you were meant to be!

To put this another way, any assertion of individual rights on atheistic or agnostic (“neutral”) grounds, any claim that “individual rights” or “human rights” is a meaningful concept without affirmation of God’s (the real, biblical, Judeo-Christian[2] God’s) existence, deserves neither consideration nor respect. The Libertarian Party is deluded and cannot be supported. Vote Constitution Party.

[1] When I did a Google search on “Alan Keyes,” I discovered that the welcome page for his Loyal to Liberty site uses the same phrase, “faithful reason,” that I chose to use as a contrast to “reasonable faith” in my review of Keathley and Rooker’s 40 Questions about Creation and Evolution. I don’t know if he means the same thing by the phrase as I do, but I’m pleased to see that a thinker of Keyes’s caliber (I once saw him demolish Alan Dershowitz, no intellectual lightweight, in a debate) has at least possibly emphasized that it is reason that must be faithful to work properly, not faith that must be reasonable (fit itself to the demands of autonomous reason) to be granted our assent. (In fairness, I doubt Dershowitz would agree with me that Keyes demolished him in this particular debate, which I must confess I don’t remember well enough to argue about. It might be in the C-SPAN Video Library, though….)

[2] I do not yet know enough about the Islamic concept of God to know if God-given rights can be based upon it. I welcome feedback on the issue from persons, Muslims or others, who know more about the concept. I tend to view the God of natural theology as the Bible’s God with his rock revelational foundation illegitimately replaced with a revelation-independent philosophical foundation of sand, but non-Jewish non-Christian theists of the past have thought otherwise, so I’ll allow for the potential coherence of belief in natural rights with natural-theology-based theism that rejects, or rejects the epistemic necessity of, the Bible.