Arguing with Experts Is Not A Crime 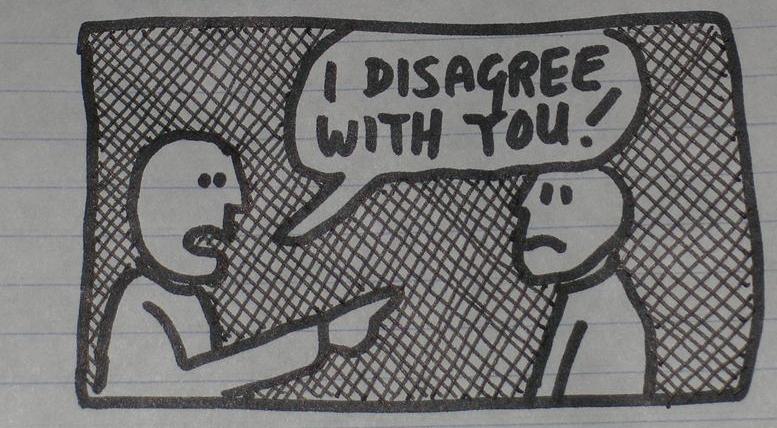 In my recent review of Randy Guliuzza’s “Creation Apologetics” presentation, I at one point made reference to “medicine and engineering, two fields in which Guliuzza (you’ll recall) has credentialed expertise.” As I reflect on this statement, it occurs to me that some comment on the value of “credentialed expertise” might be in order.

Elitists among us like to treat all persons recognized as experts as entitled to have all their arguments accepted by non-experts. Or, at least, they take for granted that non-experts have no right to challenge experts’ arguments. They may be entitled to choose (follow, obey) other experts, if such are available, but they surely cannot themselves argue against anything an expert says within that expert’s field of expertise. This misconstrues the value of expertise. Experts have potentially two things non-experts lack: (1) knowledge of factual information from their fields, which entitles them to set forth that information as factual without quoting an expert; (2) practical skills, such as (to borrow a memorable example from Polanyi) ability to read x-rays, which entitle them to be chosen over non-experts to perform tasks requiring those skills.

Experts are not entitled to have the arguments they make based upon their factual knowledge simply accepted by non-experts, not even if most (typically called “a consensus”) of experts in the field agree with them. Non-experts have as much right to analyze, critically appraise, accept or reject, favor or oppose experts’ arguments as do other experts. (Of course, other experts have readier access to the facts and so are less likely to make argument-weakening factual errors. Non-experts must be especially careful to stay aware of what they know and what they do not know, else their arguments may easily go wrong. Experts can make factual errors in their own field, of course: they are not infallible. Nevertheless, it is much easier for a non-expert to do so, hence the need for non-experts to be especially careful. However, none of this removes non-experts’ right to rationally judge the cogency of experts’ arguments.) What non-experts do not have is the right to make factual assertions about a field without citing experts; whereas experts can, in essence, legitimately cite only themselves, non-experts must cite experts (must have sources) to confirm the facts upon which they base their arguments.

A difficulty, though, is that whenever a large majority of scholars in a field happen to agree about something, so that they can claim a “scholarly consensus,” one will find many (most?) scholars in that field inclined to set forth such broadly shared conclusions as though they are plain facts. Recognizing which assertions of scholars are items of expert factual awareness they are entitled simply to assert, and which are conclusions of arguments they are not entitled to assert without stating the argument (or at least noting where it can be found for review), is not always easy. One example, a fairly easy one, comes to mind. If experts in the comparative study of the genetics of various species describe ways in which the DNA of two species is similar, that description is a factual assertion they are entitled to make. If those expert say that, given the similarity, these two species must share a common evolutionary ancestor with certain characteristics, they are stating the conclusion of an argument. Barring expert disagreement about the DNA comparison itself, non-experts are obligated to accept that the DNA of the two species is as described. Non-experts are under no obligation, however, to accept the evolutionary conclusion if, upon review of any argument offered, they do not find it cogent.

(Sufficiently philosophical sorts, of course, may question the need to accept anything as a “plain fact,” whether within an expert’s specialized field of awareness or elsewhere. “There are no uninterpreted facts,” they’ll say. While this viewpoint is not without cogency, when it is set forth simplistically, as in the “There are no uninterpreted facts” statement, it demands of us that we deny what is so obvious to us (that is, to those of us not yet confined to mental institutions) as to make it impossible for us to genuinely disbelieve it: facts and interpretation-of-facts, data and arguments-based-on-date, information and conclusions-drawn-from-information, are fundamentally different entities that can and must be distinguished. Besides, is the “There are no uninterpreted facts” statement meant to assert an uninterpreted fact we are obligated to accept? If so, it is a self-defeating statement, self-referentially incoherent, and must be rejected. If not, then it is just another interpretation we may reject or accept as rational and factual analysis requires.)

Thank you for reading. Now go out and start an argument with an expert. Or, if it better suits your temperament, just secretly disagree with one. Be empowered!