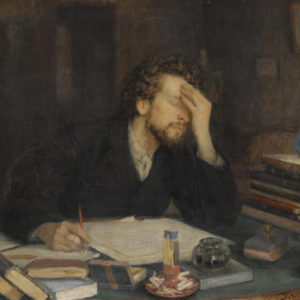 In matters of formatting and citation, the Pious Eye site will generally follow the Chicago Manual of Style, 16th edition, and Turabian’s A Manual for Writers of Research Papers, Theses, and Dissertations, 7th edition. Adherence will not be slavish, however, and readers may note consistent divergence from these standards in certain matters. For instance, the “15 November 2016” date format will be preferred over the “November 15, 2016” date format even when these authorities favor the latter. As well, the developing Pious Eye site standards will work from these editions for the foreseeable future, regardless of how many new editions the publisher may issue. (As it happens, these standards are not terribly useful in my freelance editing work, since the people who realize they need editing help tend to be in disciplines requiring APA style.) In matters of preferred spelling and permitted word usage, the current online edition of Merriam-Webster’s dictionary will usually be followed, although resistance of new trends by the American Heritage dictionary may receive this site’s support. The Oxford dictionary’s take on American usage may also be consulted, as may the Religion Stylebook.

As the site’s editor (as well as its founder and sole contributor), I may diverge from these standards in ways that I think need to be pointed out. The following list will document such divergences. It will also document other items of reference related to the site: explaining notations, identifying preferred quotation sources, and making various other random remarks that seem to fit better here than anywhere else. This list will be in no particular order. To aid navigation as the list grows, however, I provide the following set of descriptive links to the entries, better known as a table of


That’s all for now. Thank you for reading.