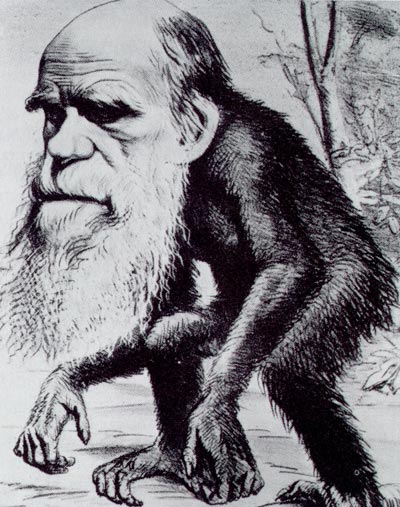 Earlier this week, an email from my local creation museum informed me that said museum had been refused membership in the area’s Museum Council. I’d spoken to employees and friends of the museum the day that some representatives of the Council had visited, so I knew those representatives had been favorably impressed and that museum employees and friends fully expected their Council application to be approved. Dour gloom-and-doomer that I am, my expectations were of course different, but I was nevertheless disappointed for their sake when I received the we-were-not-approved email. That email invited readers to show their support for the museum by posting comments on the KPBS article on the subject (Angela Carone, “Creation Museum Denied Membership By San Diego Museum Council,” posted 13 November 2013, accessed/read 15 November 2013). I did so. True to my usual prolixity, I exceeded the single-post character limit (3000), breaking my response into two parts: part 1 and part 2, which I have combined below.

I always enjoy observing the religious fervor with which disciples of Darwin react to anything they think might “legitimize” or more widely publicize the “irrational” “faith-based reasoning” and “pseudoscience” of creationism. It reminds me of how fervent W. K. Clifford was in his dogmatic assertion that one is morally obligated to never believe anything absent sufficient evidence, even though Clifford could offer no evidence to prove this moral imperative that he so boldly and arbitrarily asserted (by faith alone?). It’s always a pleasure to review all the name-calling (“creatard”—I haven’t heard a pejorative coinage that funny since grade school) and general invective lovers of the evolutionary story heap upon any who find some other story equally compatible (or more compatible) with the evidence.

(Just to clarify: When we utilize scientific data to theorize about what could or might have happened in the past, this is storytelling. Some like to call this historical or forensic or origins science, distinguishing it from operational or experimental or laboratory science. Whatever terminology you use, the bottom line is that this “science” is not in the same class as identification of lawful regularity in the natural world based on repeatable present-day observation and experiment. Looking at present-day evidence and trying to determine what stories about the past best comport with that evidence is a perfectly legitimate activity to undertake, but at least two things should always be avoided when engaging in this activity: (1) behaving as though one brings no assumptions to the work or simply refusing to reflect upon and make explicit what those assumptions are; and (2) treating this telling of stories about the unrepeatable past as though it were in the same scientific class as the science that lets us predict causal outcomes and fabricate technology.)

Fun though intolerant evolutionists’ heat-without-light can be to read, it does strike me as missing the point of the article. Though the Museum Council gives certain “technical” reasons for rejecting the Creation and Earth History Museum’s application, museum supporters suggest that bias against the museum’s viewpoint is the real reason. Given that the few Council members who visited the museum offered nothing but praise (and certainly suggested no reason for concern over such issues as were finally given as reasons for rejecting the application), I can’t help but suspect anti-creationist bias played at least some role. Whether or not this is true, what the Council has actually stated publicly is (by implication, if not in so many words) that neither the viewpoint the museum promotes nor the substance of its exhibits is in any way disqualifying so far as the Council is concerned. Those who in this forum have said the Council made the right decision because the museum teaches “pseudoscience” have, interestingly enough, contradicted the Council’s claim about why it made the decision it did and have agreed with the suspicions of creationists. On behalf of all the suspicious creationists: “Thank you, unbelievers, for your support!”

In any case, those who think denying the application because the museum does not teach what is currently the “consensus” view of “scientists” (by which is meant a viewpoint held by a majority large enough to make the person using the word “consensus” believe dissenting views should be ridiculed and suppressed) really need to take a look at the range of museums already represented on the Council. The organization is not at all about imposing upon the public some official orthodoxy, whether the orthodoxy of some cultural group, of certain artistic preferences, or of the evolutionary scientific establishment (“scientific consensus”). If there is any “orthodoxy” aback the Council, it is the American libertarian orthodoxy of unfettered freedom of expression. Provided one can present one’s viewpoint—historical, cultural, aesthetic/artistic, or scientific—in a persuasive or appealing or merely clear and informative manner, and do so with professional quality, one’s application should be approved. Will the Council prove true to this orthodoxy when the museum reapplies, or will it jettison freedom of expression in favor of the evolutionary orthodoxy many on this forum prefer? We shall see.

On a related note, also earlier this week, a certain individual (male, judging by his Facebook profile name, initials JW) posted a reply to my comment on a post to the museum’s Facebook page. That reply read as follows: “Why are you pleased by a museum that tells laughable, idiot fairy-stories in order to demonize the truth and brainwash the ignorant?” By the time I logged on to Facebook to comment (I use Facebook infrequently), this reply had been deleted, so I’m posting some thoughts here.

I may never understand why unbelievers think it worthwhile to post comments that formulate no arguments and ask no substantive questions, but only express subjective bias, hostility, and mockery. Such comments are about as valuable as the text and graphics one sometimes finds on stall walls in public restrooms. If you believe biblical creationists are mistaken in their beliefs, by all means present your arguments. But, please, don’t waste their time or yours with vacuous ridicule.

Also interesting in this mocker’s comment is his condemnation of those who tell “laughable, idiot fairy-stories to deceive the ignorant.” I wonder whether the mocker has viewed any popular “science” documentaries lately or read any widely disseminated popularizations of evolutionary “science”? Storytelling in place of argument seems very prevalent indeed among evolutionists. While I’m far from pleased with the communication style and strategy of some of biblical creationism’s popularizers, evolutionism’s popularizers don’t impress me as any more praiseworthy (or less “laughable,” etc.).