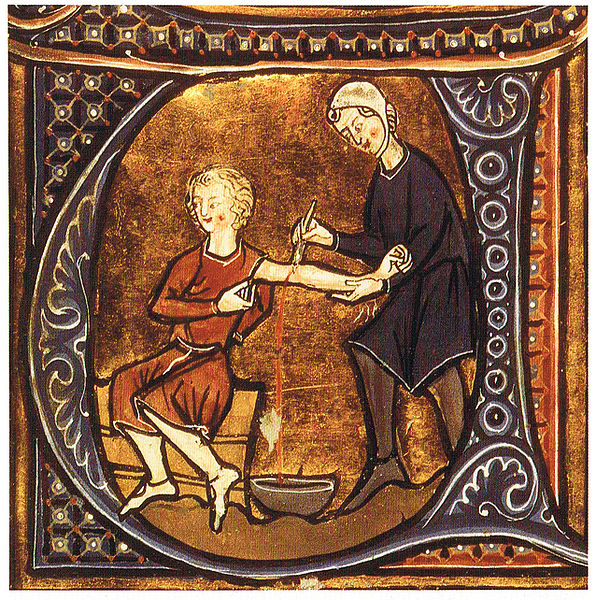 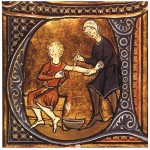 Though only some remarks after “One final bit of irritation” are relevant to the Pious Eye site’s purpose, I’ve found no review site that will keep something of this length posted. Besides, Pious Eye is also my personal blog (at times, after a fashion), and this is a bit of my recent personal history. On the 5-star rating system standard to review sites, I give two stars to the Biomat Plasma Center at 7150 El Cajon Blvd in San Diego, California.

For a few months ending a year or two ago, I donated at this center. More recently, I have returned there because a center I much preferred (Scantibodies in El Cajon) suddenly stopped taking donations. (In September 2013, Scantibodies staff said they were not taking any donations that month, for reasons they did not share. When I followed up with them early in October, they indicated all donors were still “on hold” and that they would contact existing donors like myself whenever they began taking donations again—“don’t call us; we’ll call you,” in other words. Hearing nothing from them thereafter, I returned to Biomat.) I base this review solely upon my recent experiences with Biomat, not upon anything from back in the day (1-2 years ago).

For the most part, this Biomat go-round has not been pleasant. When first I called for an appointment, providing my name and (upon request) the last four digits of my Social Security Number, the Biomat representative, who presumably had called up my record in the Biomat database (Why else ask for my name and last four SSN digits?), set me up for a standard appointment and said I was all set. When I arrived on the day and time of the appointment (via time-consuming public transit), and after I had waited well past my appointment time, I was called to the control desk (that’s what they call their front check-in counter, I think), where I was informed it had been too long since my last visit and I would have to be processed as a new donor, meaning I needed to have my Social Security card and proof of physical address with me. Did I have these by any chance? I did not, of course, and of course complained that I should have been told I needed these when I made the appointment. Apparently, the woman who scheduled me for my appointment had never been trained to check donor records for “time since last visit” when handling calls. As well, I must assume that, in addition to never thinking to train employees to check this when scheduling donor appointments, Biomat management has also never thought to have their database/scheduling software set up to prominently flag donors as “stale—process as new” status. I was required to leave after my long wait without even donating. (Since Biomat doesn’t start counting visits until you complete a donation, neither will I. Call this visit 0.) As I walked to the 70th street trolley station, I reflected on the rampant incompetence in contemporary management and longed for the days of Scantibodies.

Though I would have liked never to return to Biomat in protest over this incompetent handling of returning donors, my job search still was going nowhere and I needed the money Biomat gives in remuneration for donations. (I agree, calling something you’re paid for a “donation” is weird, but this is the universal practice among plasma centers. It’s just the reality-optional marketing-speak we hear all the time, like “Affordable Care Act.” Reality-honoring labels don’t sell: Who would vote for an “Affordable for a Few in the Short-Term Act” ?) Biomat doesn’t make appointments for “new” donors, so you must simply show up, which I did. The time this processing took was…hours and hours. Since my plan for the day was to catch up on reading, I would have been doing the same thing at home as I was doing at Biomat, so the interminable waiting between processing steps, and between the last step in processing and actual donation, didn’t much concern me. I would note, however, that Biomat’s slow processing of new donors forces many to violate the “eat no more than four hours prior to donating” rule, since even donors who finish eating just as they enter the building are very likely not to start donating until more than four hours have passed.

My second (official) visit was much better, since Biomat sets up second-visit donors with a “front of the line pass” that reduces the waiting considerably.

My third visit, just completed, was, alas, a return to negative norm. I arrived at 11:07 AM for an 11:00 appointment. Though I had planned to sign in on the regular “with appointment” sign-in sheet (seven minutes hardly seems like a big enough gap to sign the “late or early” sheet), but the regular sheet was not set out when I arrived. So, there being no other sheet to sign, I signed the “late” one, noting my 11:00 appointment and 11:07 arrival times. I was not admitted for screening until 12:20 PM and my donation did not begin until nearly an hour after that! With the wait for remuneration, I ended up leaving sometime after 2:00. To keep figures round, let’s say I got out of there at 2:07 (it was actually later). Three hours for a returning donor with an appointment? I can only surmise that Biomat routinely overbooks appointments, figuring it is better for donors to suffer than to risk having too few donors show up. Such things never happened at Scantibodies! Sigh.

One final bit of irritation attended this third visit. Biomat, as you may have heard (from other reviewers, perhaps), plays movies. In the donation room, you generally can’t hear these—if you wish to follow them (I don’t), you must read the closed captioning. In the room-of-the-long-waiting (lobby), however, the sound is loud enough that you could only avoid hearing the movies if you wore noise-canceling headphones, which of course would make it impossible to hear your name called. (Actually, I think they had the volume cranked up louder than usual this time. I don’t remember the sound being so intrusive on prior visits.) I tried listening to John MacArthur sermons with an earphone bud in just one ear, then turning that ear toward the nearest television set, but the movie sound still bled through. The sound bleeding through seemed rich with profanity and vulgarity—including, for instance, reference to an intimate anatomical quality of some character’s girlfriend in what I believe was an attempt at humor (a failed attempt, if you ask me). (The movie itself had something to do with a crooked businessman, I couldn’t help but overhear. No doubt such characters really are profane and vulgar sorts whose idea of “funny” matches that of the filmmakers, so perhaps “realism” is the justification filmmakers would offer for making such trash.) Biomat would be well-advised, I think, to mute their movies so that persons who might be offended (Christians like myself, women who don’t appreciate jokes about female anatomy, anyone with any taste in movies) can ignore them. Let those who like such sleaze read the closed captioning. Better yet, just stick with classics and clean, family fare.

(In truth, I cannot myself claim so extreme a reaction as “being offended.” This garbage is ubiquitous in our culture, and I’ve been exposed to it all my life, even seeing nothing wrong with it during my agnostic years. And, frankly, I’ve no interest in becoming part of the present trend toward thin-skinnedness that has everyone claiming offense and discomfort about everything, with lawsuits following. However, I do have an awareness of what should offend me, of what would offend me if my years in this culture had not made the vile and offensive merely annoying, and I know that there are some among us who remain sensitive to these things in a way I do not. If Biomat doesn’t wish these less calloused souls to make trouble for them, they really should consider revising their movie selection.)

I should also note one post-visit annoyance. Though the center has tear-off sheets posted instructing one to “Tell us how we did today,” when I went to their Web site and and filled out the “tell us about your visit” form, the submit button for that form didn’t work in either Firefox or Internet Explorer.

So, then, Biomat is very, very bad at keeping to a schedule. Long, long waits are the norm, whether you have an appointment or not. As well, they sometimes play movies that good and moral people who’ve not yet become callous will find offensive, and that all persons who aspire to better themselves should avoid. The center is not without positive qualities, however. Everyone I’ve dealt with there has been pleasant and professional, striving to do his or her job as well as company rules and guidelines allow. I attribute the problems I’ve encountered to management, not to persons I’ve dealt with there at the facility. Training, system setup, and policies and procedures at Biomat seem designed to maximize inconvenience for donors (no matter how pleasantly, professionally, and fervently staff may do their assigned jobs). This review is in no way a complaint about any of the people I’ve dealt with at Biomat.

So ends this review. If you’re a potential donor and still determined to donate, I hope it makes you more prepared for the irritations you will encounter. If you’re in Biomat management, I hope it helps you improve operations.