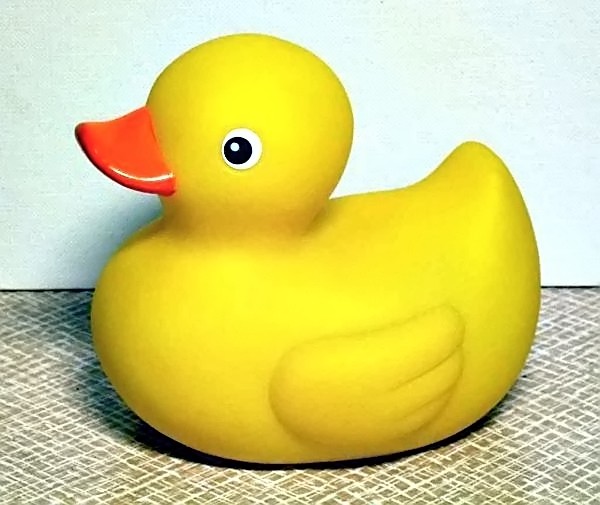 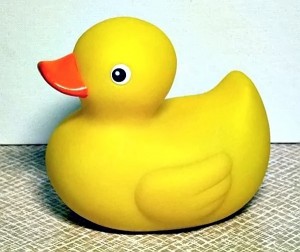 No sooner had I recovered sufficiently from an illness to watch some news than I was greeted by a story highlighting once again the sorry state of our dieing culture. Members of the homosexual lobby (known in corrupt contemporary English as “gays”) apparently read GQ, since their (as always) loud and emotional condemnation of public statements unfriendly to their irrational and unbiblical worldview has gotten Phil Robertson, patriarch of the hugely popular Duck Dynasty “reality” TV show put on “indefinite hiatus” by A&E, where the show airs, for statements he made in a GQ interview (Hollie McKay, “Is the ‘Duck Dynasty’ goose cooked? Can show go on without Phil Robertson?” Posted 19 December 2013; accessed 19 December 2013.)

True, I’ve never watched Duck Dynasty. “Reality” TV shows have never interested me, and they still don’t. But what the various television talking heads were saying—that Robertson had been “suspended” because the homosexual lobby had taken offense at his identification of homosexual practice as sinful—did make me curious. As I’ve previously stated, I’m not a fan of today’s thin-skinned let’s-take-offense-at-everything culture, since such a culture is incompatible with freedom, and I think freedom has some value. This latest failure of activist homosexuals to accept “sticks and stones may break my bones but names can never hurt me” folk wisdom certainly comports with the “gays are brittle” stereotype, and perhaps conforming with the stereotype bolsters some weak identities in the group. However, adults in a free society, if they want to remain free, must learn that you erode freedom when you demand that anyone who says something you “find offensive” either apologize publicly or be fired or suspended. When public (or not-so-public) figures say something you find outrageous or offensive or simply ridiculous, by all means make your opinion known, preferably with carefully reasoned arguments. But, please!—no more shout-downs and fire-them-or-else letters. I realize mob action, legal maneuvers, and other forms of coercion are easier and surer ways than argument to eliminate threatening opinions; but a society where coercion replaces argument is not a free one.

What remarks, exactly, launched this latest crying game…er, protest movement? Referring to the lack of moral clarity in our progressively post-Christian culture, Robertson opined that in it “Everything is blurred on what’s right and what’s wrong” so that “Sin becomes fine.” To this statement, with which I think any Bible believer must agree, GQ’s interviewer, Drew Magary, responded by asking Robertson what he meant by “sin” (“What, in your mind, is sinful?”). Robertson answered with the remarks that launched a thousand “gay” protest letters. Magary writes:

“Start with homosexual behavior and just morph out from there. Bestiality, sleeping around with this woman and that woman and that woman and those men,” he says. Then he paraphrases Corinthians: “Don’t be deceived. Neither the adulterers, the idolaters, the male prostitutes, the homosexual offenders, the greedy, the drunkards, the slanderers, the swindlers—they won’t inherit the kingdom of God. Don’t deceive yourself. It’s not right.” (Drew Magary, “What the Duck?” Post advance-dated January 2014; accessed 19 December 2013. As the title would lead one to expect, the post is laced with ungentlemanly profanity and vulgarity; link-followers be warned.)

For reference, the passage from which Robertson paraphrased reads as follows:

Know ye not that the unrighteous shall not inherit the kingdom of God? Be not deceived: neither fornicators, nor idolaters, nor adulterers, nor effeminate, nor abusers of themselves with mankind, Nor thieves, nor covetous, nor drunkards, nor revilers, nor extortioners, shall inherit the kingdom of God. And such were some of you: but ye are washed, but ye are sanctified, but ye are justified in the name of the Lord Jesus, and by the Spirit of our God. (1 Corinthians 6:9-11)

Oddly enough, the following further comment of Robertson’s, though included in Magary’s article, did not appear in any of the televised discussion (that I viewed) of the issue of Robertson’s suspension: “We never, ever judge someone on who’s going to heaven, hell. That’s the Almighty’s job. We just love ’em, give ’em the good news about Jesus—whether they’re homosexuals, drunks, terrorists” (same article). (Wildly erroneous, context-ignoring applications of Jesus’s “judge not” directive were plentiful, however, as they seem always to be when Bible believers dare utilize Scripture for more than private devotions.) As for Robertson’s concept of the “good news about Jesus,” Robertson presented it this way at the close of the interview:

If you simply put your faith in Jesus coming down in flesh, through a human being, God becoming flesh living on the earth, dying on the cross for the sins of the world, being buried, and being raised from the dead—yours and mine and everybody else’s problems will be solved. And the next time we see you, we will say: “You are now a brother. Our brother.” (same article)

Though I might not find this expression of the gospel entirely satisfactory (no call to repent, seemingly making saving faith mean mere cognitive assent to some facts), and though I might remain doubtful of the idea that “God gave [animals] wildness” and permitted humans to eat them only “After the flood” (same article), Robertson’s remarks on homosexuality seem scripturally sound. Even his association of homosexuality with such other sexual sins as promiscuity (fornication, adultery) and bestiality has biblical warrant (see Leviticus 20, for example). Even his not-suitable-for-mixed-company, rather-too-raw reflection on heterosexual versus homosexual motivations (which I will not reproduce here) seems to support his inference: “sin: It’s not logical, my man. It’s just not logical.” Technically, the issue he reflects on is not (primarily) one of logical but of aesthetic error: rejecting aesthetics consistent with one’s God-created nature in favor of aesthetics twisted by abominable indulgence of fallen (depraved) propensities (inclinations, orientations). Nevertheless, defying created, natural aesthetics in favor of a twisted corruption of them is indeed “not logical” behavior. (Re: “God-created nature.” This references unfallen human nature, something only partially, imperfectly present in ordinary people. One must consult Scripture, particularly the portrayals of Christ and of the Edenic order, to fully understand it.) Granted, homosexuals are not the only people who choose depraved over divine aesthetics; artificial and unhealthy concepts of “beauty” abound and the twisted variety of things fallen humans think “pleasurable” are hard to avoid hearing about. Nevertheless, God has never suggested that the sins of group A are made less sinful by similar (if less extreme) sins in group B.

One bit of hairsplitting that I should probably add, something we Christians should probably add whenever we highlight Scripture’s condemnation of homosexuality, is that Scripture invariable focuses on homosexual behavior, homosexual activity, not on the modern invention of homosexual “orientation.” A homosexual orientation (inclination, propensity, desire to engage in homosexual activity, what is commonly labeled “same-sex attraction”) is certainly sinful, just as orientation to engage in extramarital heterosexual indulgence is (Matthew 5:27–8). Sinful orientations, sinful lusts, necessarily precede any sinful behavior, but they are not the same as that behavior: “…every man is tempted, when he is drawn away of his own lust, and enticed. Then when lust hath conceived, it bringeth forth sin: and sin, when it is finished, bringeth forth death” (James 1:13–15). Though by the standards of God’s perfect holiness even impure thoughts (particularly those lingered upon) are surely sins from which Christ was free (and from which true Christians will be free at glorification), the homosexuality Scripture identifies as death-worthy abomination (Leviticus 20:13; Romans 1:27) is always physically-enacted (not purely mental-emotional) behavior. (Though some may object, I think it correct to speak of mental and emotional activities, even when they are not manifested in physical action, as behaviors, and to judge such behaviors sins when they do not comport with God’s perfect holiness.* Nevertheless, such sins-in-the-heart-alone are not the same as sins-in-the-heart-and-in-action, and they should always be distinguished.)

Hairsplitting aside, homosexuals should be aware that silencing the voices of those with whom they disagree will not change the moral status of homosexual behavior. Even if they succeed in silencing the plain speech of Phil Robertson and others like him, even if they remove from public view the plain statements of Scripture, this will not change God’s opinion of homosexual activity or make failure to repent of it any less certain to bring eternal negative consequences. God cannot be suspended, cannot be sent on hiatus, and he does not modify policy in response to pressure groups.

* I arrived at this conviction while preparing a seminary paper on the incarnation. Like all my other graduate papers, that one will find its way onto this Web site eventually, Lord willing (James 4:15).